Cooper City, in Davie, Florida, nestled between The Sawgrass Expressway the Florida Turnpike and 10-15 minutes west of the Jewish community in Hollywood and just north of Pembroke Pines, another smaller Jewish community with a traditional modern orthodox Young Israel Synagogue. Cooper City, has affordable housing as well the capacity to attract rich home buyers with the "Southwest Ranches" located just to the West.

Chabad of Southwest Broward recently acquired a large parcel of land; in the works a mikvah, wedding and social hall, pre-school, and summer camp. The sprawling campus includes six large buildings and a private lake. There are other Chabad synagogues throughout Cooper City with smaller congregations. Besides Chabad, you will find both Reform and Conservative houses of worship within proximity of each other.

The David Posnack School, grades K-12, is near the Aroma Market, just off Sterling Road. The school is so large it resides on two campuses, located near one another. A modern orthodox school serves the Hollywood and Davie communities attracts children from Conservative and Orthodox backgrounds. Hebrew Academy of Margate is 30 minutes north in Coconut Creek via the Florida Turnpike. Another option is Hillel Day School/Katz High School in Boca Raton, 45 minutes via the Florida Turnpike. Hebrew Academy of Miami is an Hour South.

Shopping in South Florida is excellent, no matter where you live, there are tons of malls and smaller shopping centers everywhere. But if you are looking for large shopping malls, Sawgrass Mills, the largest shopping mall in South Florida, is located 20 minutes north and doesn't require any highway driving. And just like pretty much everywhere in Florida, there are plenty of city and county parks to take the kids to play outdoors.

Cooper City has excellent commuting, with three major highways (I595, Sawgrass Expressway, and Florida Turnpike) is within an hour's drive of most Jewish communities in South Florida. Approximately 25 minutes from Fort Lauderdale International and 45 minutes from Miami International Airport. 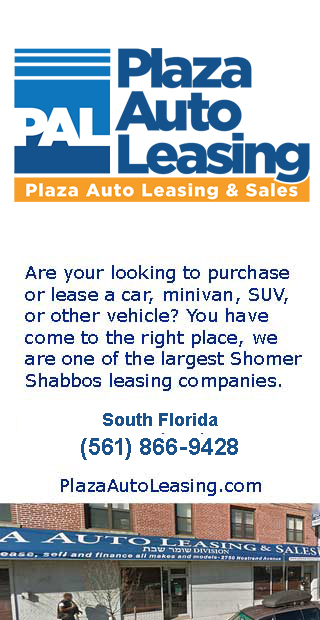